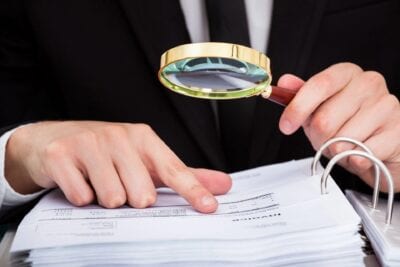 The most recent donor data comes from 2018 where individual taxpayers reported noncash contributions totaling $83.5 billion, more than a third of all income tax charitable deductions reported that year. Nearly all of this was almost certainly unrealized long-term gain.

As gift planners are aware, the tax Code provides strong incentives for contributions of appreciated property. The donor takes a deduction at fair market value against ordinary income, but does not incur tax on the unrealized gain. The best of both worlds.

The recipient charity, of course, will want to sell almost immediately, in order diversify its investment portfolio. And if there is not a ready market, the charity will want an exit plan mapped out before accepting the contribution. If the contribution is of an interest in a closely held business, often the exit plan will be a redemption, while in the case of real property, there might be a ready "buyer in the wings."

But if the charity accepts a contribution of appreciated property and almost immediately sells to a buyer who was already lined up when the gift was made, IRS may try to recharacterize the transaction as a sale by the donor, on which he or she incurs a gains tax, followed by a contribution of the proceeds. The donor will obviously want to avoid this result.

For more than forty years, tax planners have relied on what has seemed to be a safe harbor set forth in Revenue Ruling 78-197. If the recipient charity is not taking the property subject to an existing, enforceable obligation to sell, IRS will respect the form of the transaction.

That ruling signaled the agency's belated acceptance of the taxpayer victory in Palmer, a 1974 Tax Court decision involving a stock redemption, but it is widely understood to apply to prearranged sales in other contexts. What matters is that the prearrangement is not enforceable. The recipient charity could choose not to sell, or could sell to a different purchaser.

But the harbor may no longer be safe.

In its briefing to the Tax Court on cross motions for summary judgment in Dickinson, IRS argued that closely held stock contributed to a donor advised fund was subject to restrictions that would have required the fund sponsor to tender the stock for redemption. The Tax Court, which has not adopted the 1978 revenue ruling, said this was not enough. As in Palmer, the stock had not yet been called for redemption at the time the contribution was made. Though they did not appeal, the IRS may be waiting for a stronger case to make its argument that a prearrangement may be enforceable even if there is not a formal contract in place. Watch this space.

Meanwhile, in Fairbairn v. Fidelity Charitable, a case pending in federal district court in California, a couple who contributed nearly two million shares of publicly traded stock to a donor advised fund has sued the fund sponsor, alleging it bungled the stock sale, dumping all of the stock within a few hours and driving the price down, causing significant losses both to the value of the fund itself and to the value of their charitable deduction.

The Fairbairns are claiming Fidelity made specific promises as to how they would handle the sale, including a promise to consult them on a price floor. If the court finds any such agreements were enforceable, this might render the gift incomplete and cost the Fairbairns their entire deduction.

The case is under submission after a virtual bench trial lasting seven days last October.

In the February session of our ongoing webinar series, team member Russ Willis JD, LLM, our Manager of Noncash Research and Bryan Clontz will discuss the recent Tax Court decision in Dickinson and the pending federal district court litigation in Fairbairn v. Fidelity Charitable, and take a deep dive into the problem of prearrangement.

Register here for one of our 60-minute sessions: